Reduced N Rate to Corn After Repeated Use of Cover Crops

Jack Boyer has been curious to determine if the soil health benefits of long-term cover cropping would allow him to reduce nitrogen in the corn phase of his corn-soybean rotation. In 2019, Boyer compared yield and profitability of corn receiving his typical N rate (180 lb/ac) and corn receiving a reduced N rate (130 lb/ac).[1] He found that reducing his typical N rate by 50 lb/ac did not reduce corn yields and saved him $26/ac. To verify his 2019 results, Boyer conducted the trial again in 2020 using even less nitrogen.

Corn in Boyer’s reduced nitrogen treatment yielded significantly less than corn in his typical rate treatment (Figure 1). Yields in Boyer’s typical and reduced nitrogen treatments were 15 and 54 bu/ac lower, respectively, than the Grundy County average for 2020 (184 bu/ac).[2] Drought conditions in July and August, along with the derecho windstorm that blew through Boyer’s farm in 2020, likely influenced his results. 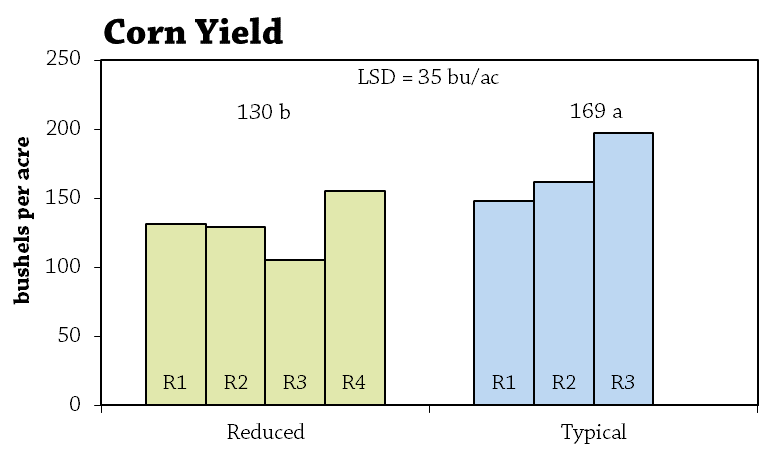 FIGURE 1. Corn yields at Jack Boyer’s, harvested on Oct. 27, 2020. Clustered columns represent yields of each individual strip, and the average yield is indicated above the column clusters. Because the difference between the two averages (39 bu/ac) is greater than the least significant difference (LSD = 35 bu/ac), the treatments’ yields are considered statistically different at the 90% confidence level.

The return on investments (ROI) was greatest in the typical rate treatment by $129/ac (Table 1). 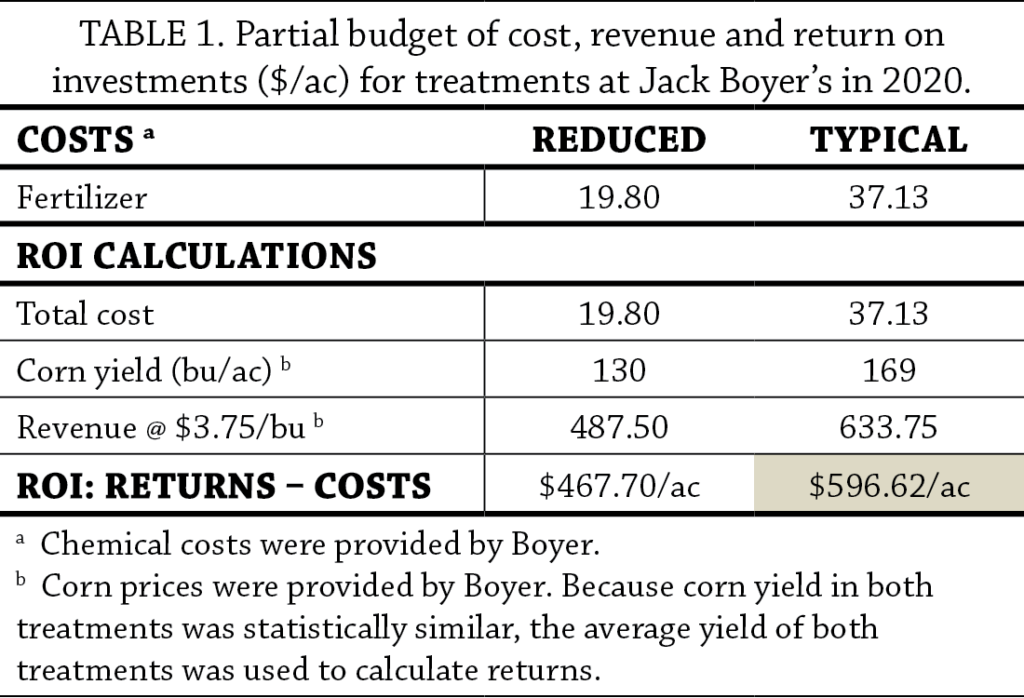 Reducing nitrogen to corn by 70 lb/ac in a field with a 7-year history of cereal rye cover crops reduced corn yield and resulted in an overall loss of $129/ac at Boyer’s farm. These results build on findings of a previous trial he conducted in 2019 and are important in helping him to determine a suitable nitrogen rate. In the 2019 trial, Boyer reduced nitrogen by 50 lb/ac which resulted in a $26/ac increase to ROI.[1] Boyer stated, “I have made significant reductions in my nitrogen applications and believe there are opportunities for further reduction.” To continue homing in on his ideal nitrogen rate for corn in fields with a long history of cover cropping, Boyer will repeat the trial a third year in 2021. He plans to compare the reduced rate he confirmed in the first year of the trial (130 lb N/ac) with the reduced rate in this trial (110 lb N/ac).

FIGURE A1. Jack Boyer’s experimental design consists of four replications of both treatments. This design allows for statistical analysis of the data. 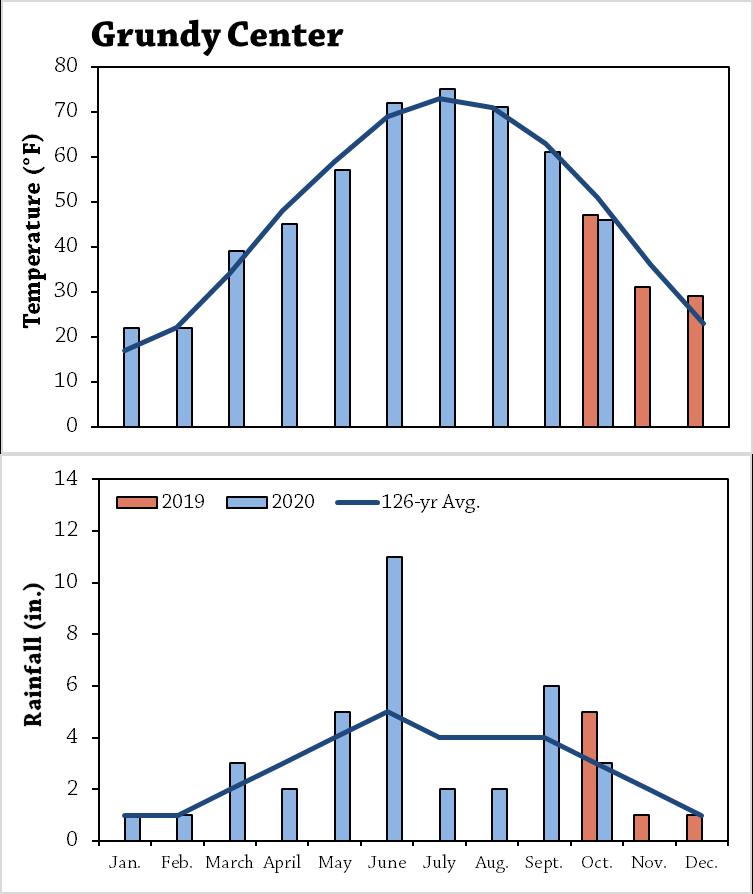 FIGURE A2. Mean monthly temperature and rainfall and the long-term averages during the trial period at Grundy Center, the nearest weather station to Boyer’s farm (about 9 miles away).[3]

Grow Your Own Nitrogen