Cover crops require a lot of decision-making to manage appropriately according to an individual farmer’s unique needs and goals. Farmers hoping to improve soil structure and tilth might utilize cover crops such as turnip, rapeseed or radish. Incorporating cover crops such as hairy vetch and clovers can provide nitrogen to the following crop. For weed control, farmers are wise to choose cereal rye or winter wheat. And for grazing livestock, cereal rye, turnips and radishes are among several suitable cover crops. Depending on the intended use and which cover crop or blend of cover crops a farmer chooses, farmers need to consider numerous variables. These may include how planting dates align with their cropping system & rotation; how and when to terminate the cover crop, or whether it needs to be terminated at all; herbicide history and livestock health; planting equipment capabilities; and many other factors. 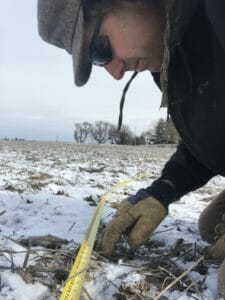 Thanks to an abundance of research conducted in the last 10 years, great progress has been made to assist Iowa corn and soybean producers with making informed cover crop management decisions. On-farm trials led by several PFI farmer-cooperators have shown that a cereal rye cover crop doesn’t negatively affect corn or soybean yields when properly managed. In those trials, only five out of 39 site-years experienced a decrease in corn yield.

In other PFI on-farm research trials, cooperators with livestock found that grazing cover crops minimized their hay purchases and allowed them to recoup the planting costs. Both on-farm and university research alike were used to develop the Midwest Cover Crop Council’s (MCCC) Cover Crop Decision Tools – a decision making tool that can help farmers in Midwestern counties select appropriate cover crops based on their location and specific goals under unique cash crop and drainage scenarios.

One area of cover crop research in which great interest remains is how to maximize the benefit of a cereal rye cover crop grown in the fall and spring following soybean harvest without adversely affecting a subsequent corn crop. Cereal rye is typically seeded as soon as possible following the harvest of corn or soybean and at a rate of 55 lb/ac to maximize its growth before winter sets in and it stops growing. The purpose of maximizing cover crop growth is so it can generate enough plant biomass to compete with weeds, cycle nitrogen in the soil and protect soil from erosion; however, when cereal rye precedes corn, best practices dictate that it be terminated no fewer than two weeks before planting corn.

The purpose of this two-week gap is to minimize competition between sensitive corn seedlings and the cover crop for sunlight, water and nutrients as well as to prevent the proliferation of diseases that can spread between cereal rye and corn. Unfortunately for farmers who value and seek to maximize the benefits of cover crops, their need to plant corn as early as possible, as well as their need to terminate cereal rye two weeks before planting corn, directly compete with their desire to maximize cereal rye growth and benefits. 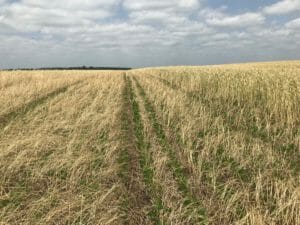 Ideas for research were generated out of a series of conversations between farmers, NRCS, watershed coordinators and private agronomists that focused on how to address the constraints of managing cereal rye before corn.  They wondered if certain combinations of cereal rye seeding rates (28 lb/ac, 55 lb/ac) and fall seeding dates (early, late) might provide farmers with greater flexibility and affordability in terms of fall cover crop management. Specifically, they wondered if seeding cereal rye early in the fall might allow farmers to seed at a reduced rate (thereby lowering costs) without sacrificing cover crop benefits.

PFI on-farm research conducted in 2014-15 by Jack Boyer, along with observations by farmers, suggests that planting earlier does result in better crop performance. Alternatively, participants in these conversations wondered if seeding at the recommended rate (55 lb/ac) would be a cost-effective way for farmers to recoup the cover crop benefits that might otherwise be lost if, say, unfavorable weather was to prevent them from getting planting equipment into their fields early enough.

Grant funding was secured from NRCS for a team of PFI farmer-researchers to test these strategies throughout Iowa from 2018 to 2020. Farmers fall-planted cereal rye on two different dates and at two different rates and planted corn the subsequent spring. They then measured rye biomass and corn yield in each treatment. 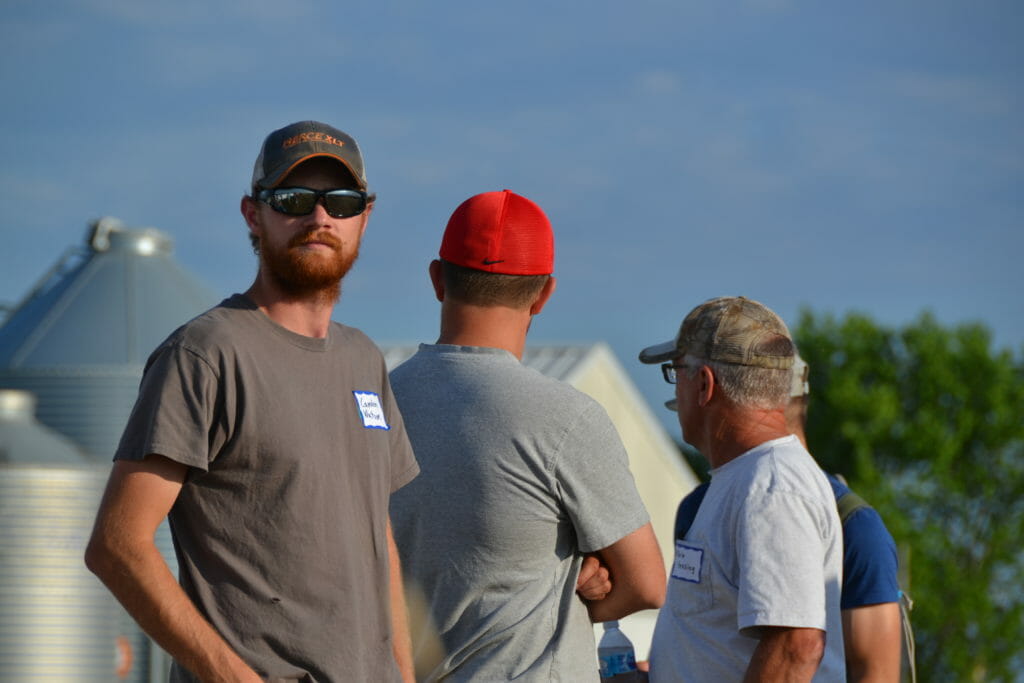 Camden Watson, one of the farmer-researchers who conducted this trial.

In general, these farmers showed that reducing rye seeding rates may not be an effective solution to reduce cover crop costs as it tended to reduce rye biomass, and the verdict is still out on whether or not seeding rye at the full versus reduced rate is essential in a delayed planting scenario. In the only site-year for which an economic analysis could be conducted to compare between all four treatment combinations (early date – reduced rate, early date – full rate, late date – reduced rate, late date – full rate), the return on investments was greater when seeding later at the reduced rate compared to seeding earlier; however, this analysis did not account for any of the potential long-term soil health and financial benefits that cover cropping has been shown to provide.

It’s not unusual for farmers who are committed to the art and science of cover cropping to fondly recount profound moments of satisfaction upon seeing purple flowers and bees in their hairy vetch cover crop, or of how uplifting the sight of their green cover crop can be on what might otherwise be a somewhat dreary and barren wintry landscape without it. While some farmers may see that as reason enough to persist with their cover cropping practice, more investigation into strategies to make cover cropping accessible, practical and even perhaps delightful for all farmers is essential.