“On our farm, we want to keep a living root in the ground, year round, which we do with perennials, cover cropping and now winter cropping like with winter barley,” says Chris Wilson, an organic farmer from Cuba City, Wisconsin. Chris has been raising winter barley intermittently for 10 years, and in 2022 he harvested 65 acres of fall-planted barley.

(Left) Chris Wilson is a part of Wilson Family Organic Farms. The farm consists of a 450-500 milk cow dairy and around 3,400 acres of pasture and organic row crops. (Right) Kevin Smith is a professor in the Department of Agronomy and Plant Genetics at the University of Minnesota. Kevin’s lab breeds barley and oats and is domesticating a perennial oilseed crop called silphium.

One might opt to grow winter barley instead of spring barley for many reasons. Planting in the fall means there is no chance of spring planting delays. Having a winter crop reduces soil erosion, suppresses weeds, and improves water quality and soil nitrate use efficiency. 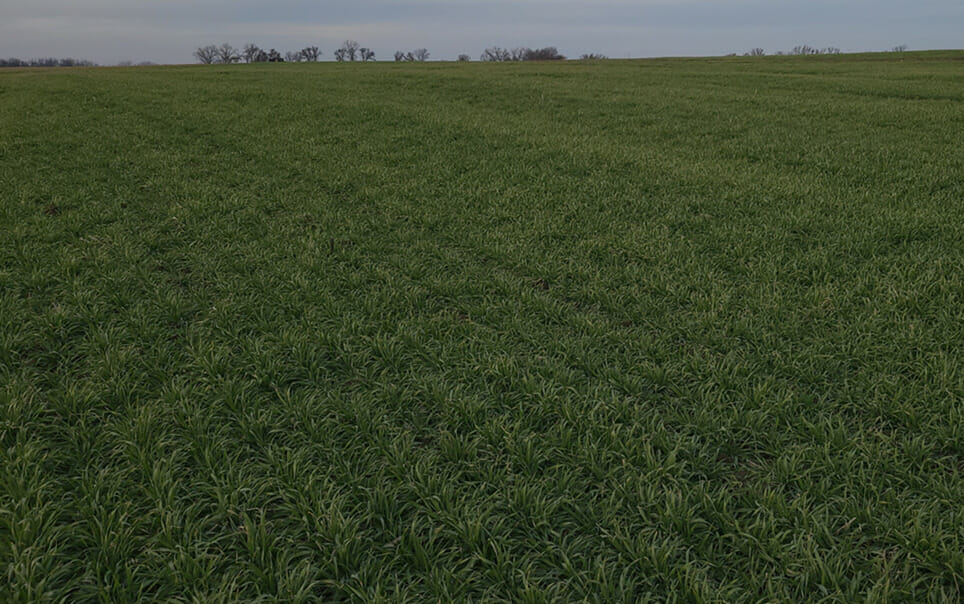 Kevin’s research indicates that when the same facultative line of barley is planted in the fall (and survives winter), the fall-planted barley yields significantly higher than the same line of spring-planted barley. Winter barley matures earlier than spring barley, meaning it avoids the intense heat and humidity of mid-summer, which can sometimes lead to drought stress or disease, respectively.

Chris adds that one of the main reasons they raise winter barley is to spread out labor on their farm. “With organic corn, soybeans and hay crops, things are busy around Memorial Day. Winter barley doesn’t require as much labor around this time,” he explains, “it pushes labor back into June.” Plus, they can plant soybeans after an early barley harvest.

Winter-kill Still a Challenge for Barley

Kevin joked that of all the characteristics that breeders measure, whether or not a line has overwintered is one of the easiest to measure. (Photo credit: Kevin Smith)

While there are many reasons to raise barley, Kevin notes that barley does not consistently overwinter in the coldest climates of the United States. Winter survival of barley is in large part determined by air temperature and snow cover—which influence plant crown temperature. Subzero temperatures with no snow cover cause increased risk of winter-kill of fall-planted barley. 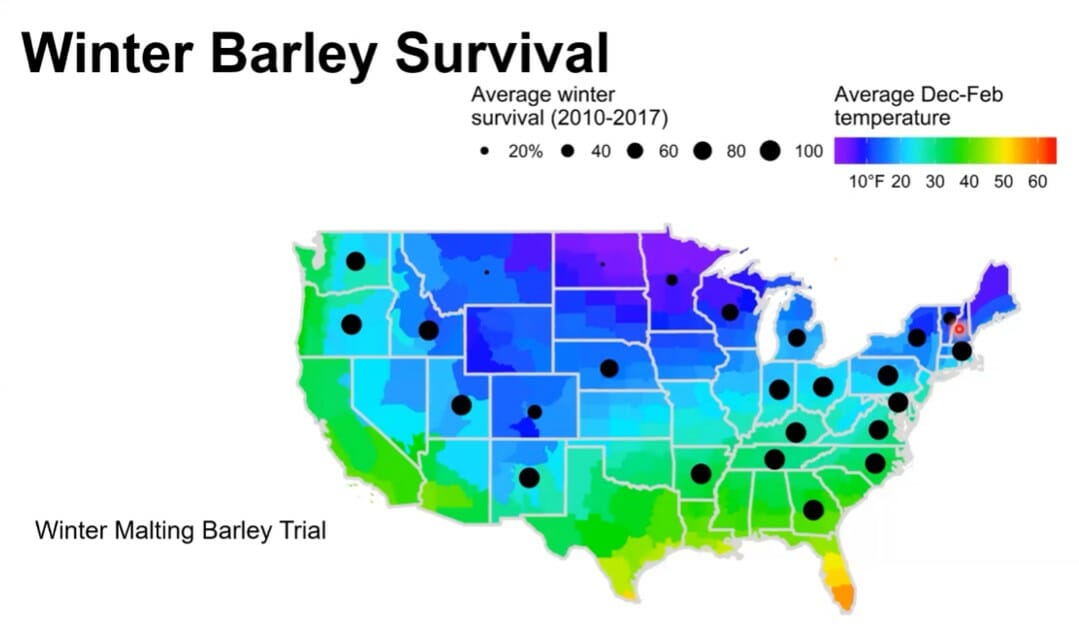 1. Select a Winter Barley Variety That Suits Your Goals

Your winter barley variety should meet your market specs and come close to your grain and straw yield expectations. Resistance to lodging and disease are also helpful traits. University of Minnesota’s Barley Variety Trails webpage could be a helpful resource for selecting spring barley; UMN hopes to add winter barley varieties in the next few years.

Last fall Chis planted two winter varieties: SB151 from Albert Lea Seed and Thoroughbred from Virginia Tech. Here are some observations of those varieties on his farm.

This fall Chris will seed Minnesota Equinox winter barley, as it has a good overwintering score. Minnesota Equinox is an earlier maturing variety that should allow for earlier soybean planting in a double cropping system. 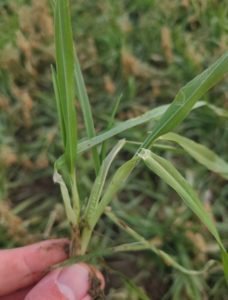 To reduce the risk of winter kill, Chris opts for a deeper planting depth of 1.25 inches. He explains, “A deeper crown is less susceptible to cold snap air temperatures, and it helps to avoid root snapping.”  The Wilsons do a vertical tillage pass before planting, and plant at 1.4 million seeds (about 100 lbs.)/acre.

Last fall, Chris planted barley on September 23. Chris prefers to plant on fields that had been corn silage or snaplage because they can seed the barley earlier than they would if they were planting after soybeans.

However, Kevin notes that risk of Fusarium head blight in barley is greater following corn or wheat than when it follows soybean. Barley after corn silage is preferable to after corn grain since there is less potential inoculum in a field with less corn residue.

In southwest Wisconsin, last winter was cooler than usual, with little snow cover, so Chris feared that there would be some winter kill. “This spring the foliage looked brown and dead, but was still green closer to the stem and ground. It came back just fine,” says Chris.

3. Think through Fertility and Crop Protectants

Soil P and K levels are sufficient on the Wilsons’ farm due to their dairy manure, so Chris did not apply supplemental nutrients for the barley. Nor is he adding a nitrogen source beyond the nitrogen reserves in the rotation; he estimates that he had around 130 lbs./acre N available to the barley crop from his earlier alfalfa crop, dairy manure and the nitrogen released from the soil.

Chris doesn’t want to over-supply nitrogen, given the lodging risk of excess N. Kevin also recommends sticking to the lower side of N rate recommendations if raising barley for malting since it is crucial to keep the protein levels low.

Too much nitrogen could cause lodging in barley. (Photo credit: Chris Wilson)

Kevin recommends that conventional growers consider using a fungicide to keep DON levels low in years when we have high humidity and high heat during the barley flowering period. 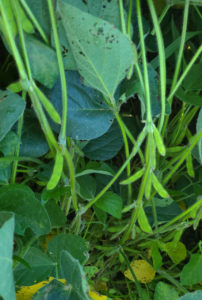 On Chris’ farm he typically harvests fall-seeded barley around mid-June, but 2022’s cool spring pushed maturity later this year. They harvested their winter barley around June 21-26, when the crop was at 16-17% moisture. While they had to bin-dry the crop, the earlier harvest date was justified so they could plant soybeans earlier.

After they baled straw, Chris completed a vertical tillage pass and planted soybeans on June 28th. They seeded 180k seeds/acre, up from their typical single-crop seeding rate of 160-170k seeds/acre. He used a 2.4 RM variety, which is their normal maturity. Chris explains, “The longer maturity helps the plants to bush out before flowering.” He notes that had they planted soybeans after July 1, they might have switched to a shorter maturity soybean.

They received rain the day after planting, followed by 80 degree days, so beans had emerged within four days. As an organic producer, Chris employs multiple tillage passes for weed control. The cultivation program is not so different from his typical program, but he notes that for the second tillage pass the barley residue slowed down their Buffalo cultivator to 2-3 mph.

For weed control reasons, Chris prefers a soybean planting date around mid-June, so with the added value of the barley grain and straw, “It’s a home run!” he says. His soybean yield goal had been 30 bushel/acre, and as of late- September, he thinks the organic, double-cropped soybeans are on track to yield closer to 50 bushel/ acre!

In 2023, Chris will try relay cropping winter barley—something that he tried this year on a small scale. He’ll drill soybeans before the barley is going into boot stage so the barley bounces back quickly. Relay cropping means the soybeans will reach maturity faster, lowering the risk of frost impeding physiological maturity.

In 2022, Chris did a small-scale trial of relay-intercropping winter barley with soybeans. Next year he’ll ramp up the scale to a full field! (Photo credit: Chris Wilson)

Kevin’s winter barley breeding program is mostly focused on selecting for winter hardiness of barley. A unique aspect of the barley lines coming out of Kevin’s breeding program is that they are facultative, meaning they don’t require vernalization to enter reproductive stage. These facultative lines are prompted to flower based on photoperiod (day length). Traditional winter barley can be susceptible to winter-kill when it vernalizes during a cold period then begins reproductive stage during a warm spell if another cold snap ensues.

For More Information on Small Grains and Extended Rotation:

Making the Most of Winter Grains in an Extended Rotation