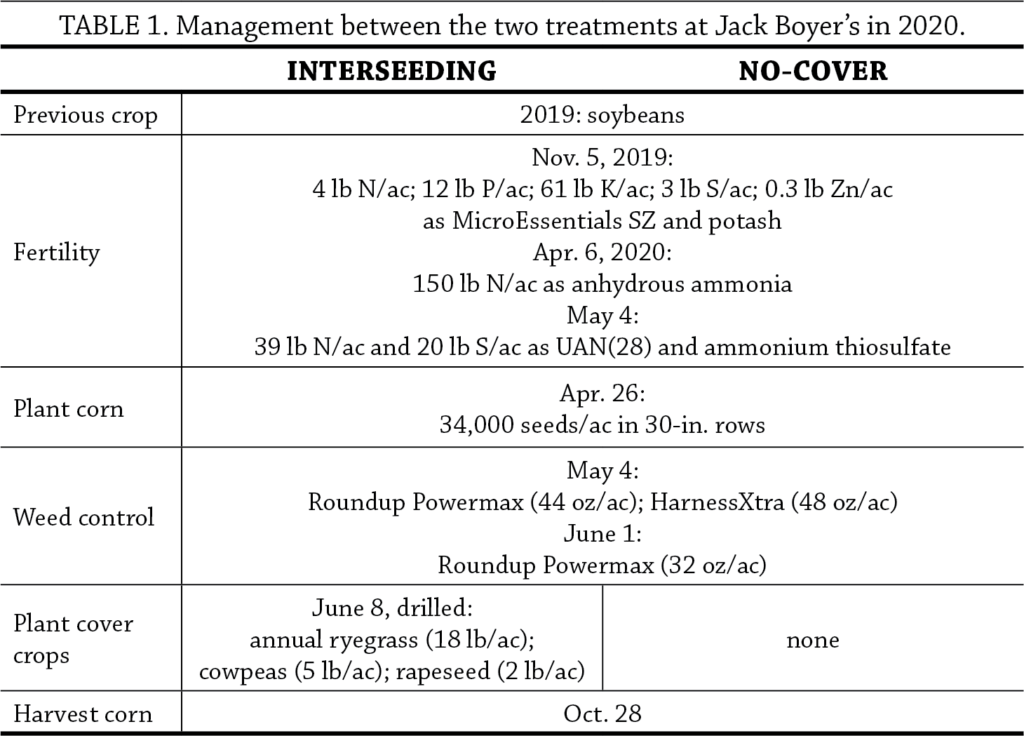 Boyer harvested and recorded corn yields from each strip on Oct. 28. Corn grain yields were corrected to 15.5% moisture. Boyer visually inspected and captured photographs of interseeded cover crop performance through the growing season. 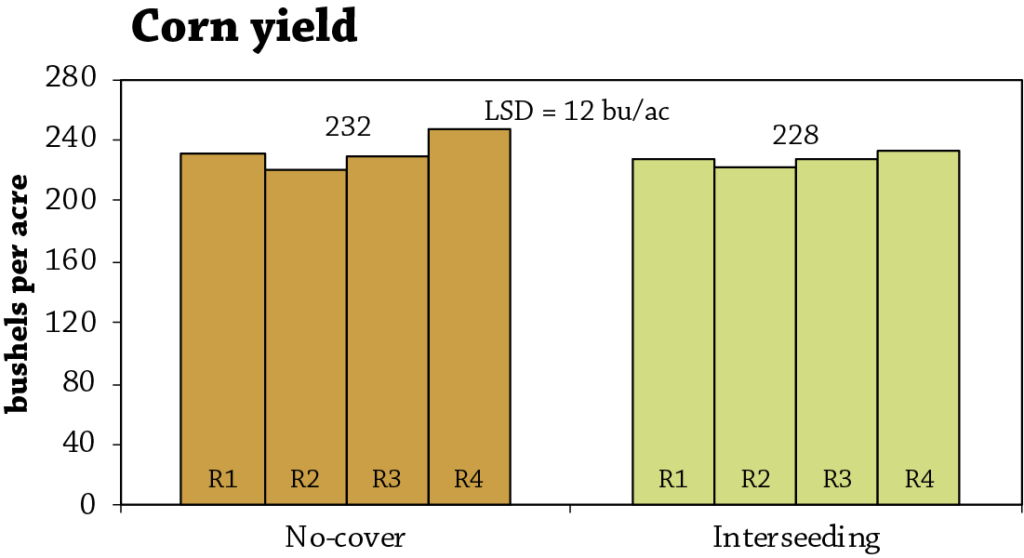 FIGURE 1. Corn yields at Jack Boyer’s, harvested on Oct. 28, 2020. Columns represent yields for each individual strip. Above each set of columns is the mean for both treatments. Because the observed difference between the two means (4 bu/ac) is less than the least significant difference (LSD; 12 bu/ac), the results are considered statistically similar at the 95% confidence level. 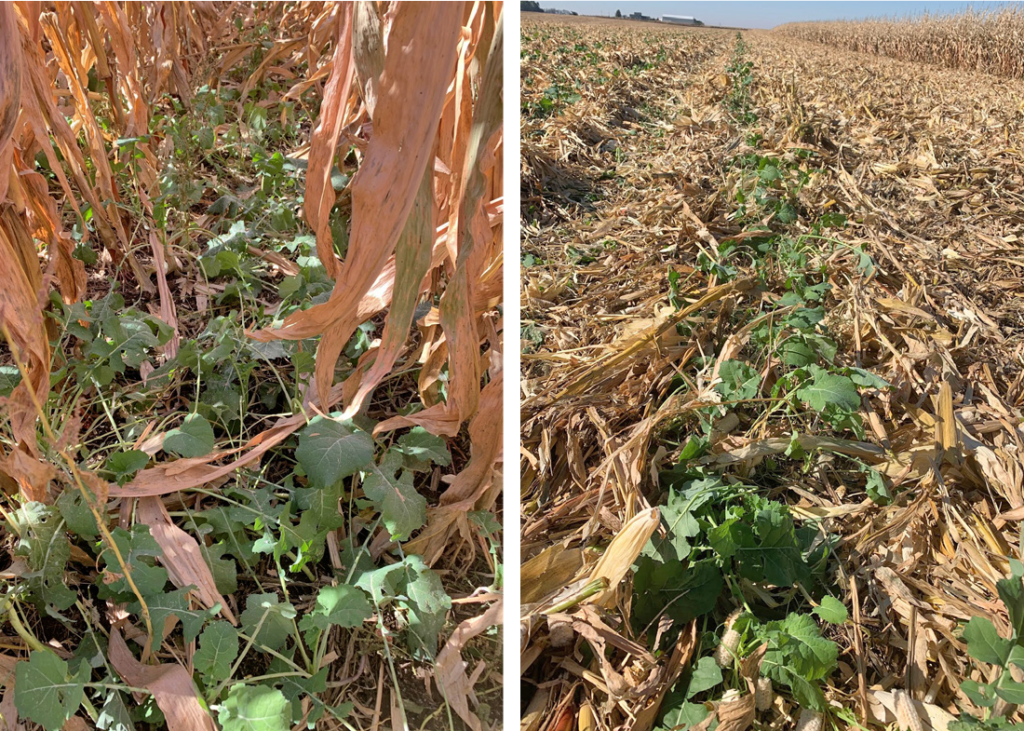 Successfully establishing a cover crop during the time of year with a lower workload on his farm is one of Boyer’s primary goals. As such, Boyer has been investigating the practice of interseeding cover crops to corn for several years. Those trials have involved seed corn,[6] corn leaf architecture [7] and wide cornrows.[8,9] Through all those trials, Boyer has been particularly interested in survival of the interseeded cover crop (and maintaining or potentially improving corn yield). In this trial, he was pleased to observe no negative effect on corn yield from the interseeded cover crop (Figure 1). Because yields were no different compared to where he did not interseed a cover crop, the interseeding reduced returns by $43/ac. Boyer was also satisfied by the performance of the interseeded annual ryegrass, cowpea and rapeseed cover crops based on visual inspections through the year (see photos). Ultimately, he would like to have more species in the mix for the purposes of increasing diversity and improving soil health on his farm. 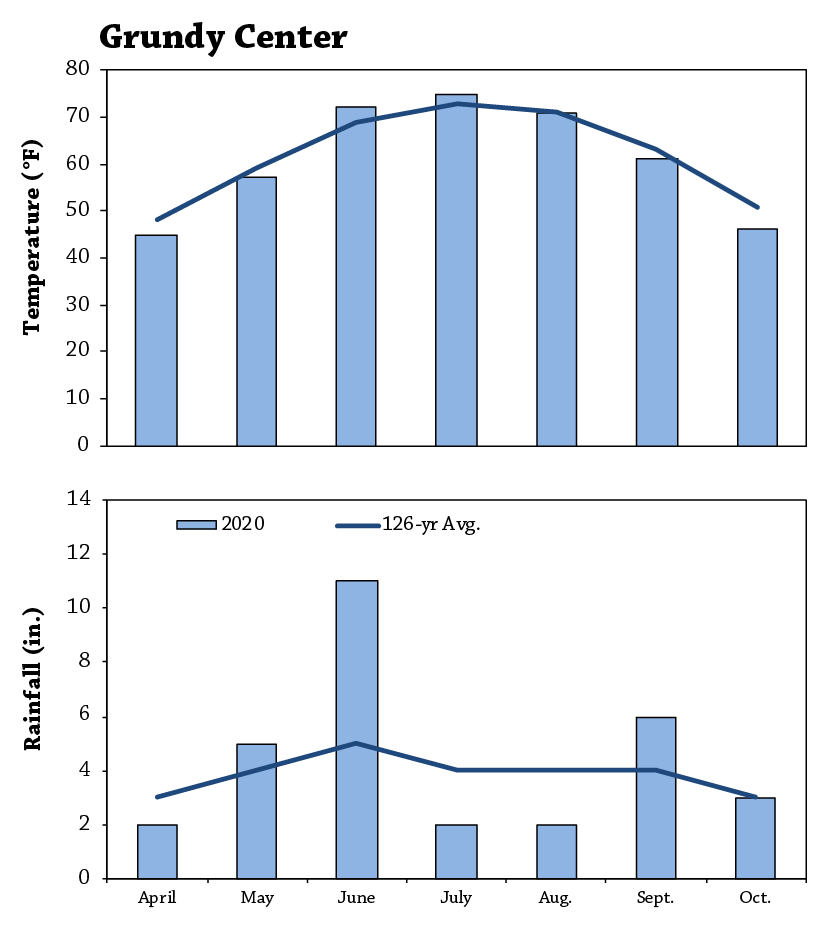 FIGURE A2. Mean monthly temperature and rainfall for Apr. 1, 2020 through Oct. 31, 2020 and the long-term averages at the nearby Grundy Center weather station.[10]