Since expanding his corn-soybean crop rotation to include small grains over the past decade, Dick Sloan has conducted several experiments aimed at optimizing management of a nitrogen-fixing green manure cover crop between the small grain and corn phases.[1–5] 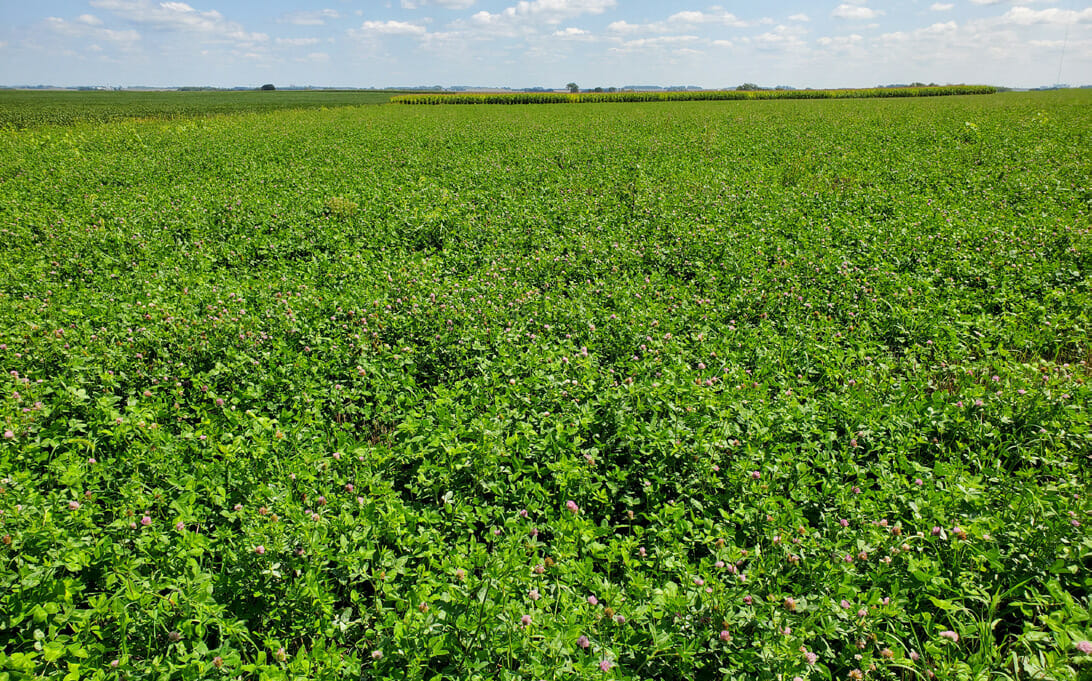 While Sloan sees both mixes as suitable for different scenarios, the trial solidified his preference for interseeded red and alsike clovers. Sloan’s curiosity did not stop there, though. Knowing his preference for interseeding red and alsike clovers to small grains, he then became interested in fine-tuning nitrogen dynamics; specifically, how termination date of the clover green manure might affect nitrogen availability to a succeeding crop. Sloan commented, “By maximizing nitrogen availability from the clover cover crop, I will minimize my need for nitrogen in the corn year of my rotation.”

Sloan hypothesized that terminating clover in the fall will provide more nitrogen in the corn year and greater corn yield than terminating or suppressing the clovers in the spring. “Growing small grains is important to my farm operating plan,” Sloan said. “This project will help me decide among three methods for rotating a succeeding clover crop back to corn the following year.”

On Apr. 5, 2021, Sloan interseeded medium red clover and alsike clover to an existing cereal rye crop. The rye was harvested on July 17, 2021 after which he compared three termination strategies for the clovers ahead of a corn crop in 2022:

Sloan replicated each treatment four times, for a total of 12 strips (Figure A1). Besides the termination strategy, the strips were treated identically (Table 1).
On June 18, 2022, Sloan noted that the clovers in the Spring suppression treatment were no longer alive; the chemical application on May 15 that was designed to suppress the clover ended up terminating it.

Sloan collected cornstalk samples for nitrate-nitrogen assay from the Fall termination and Spring termination strips on Oct. 15, 2022 and sent them to Ag Source Laboratories (Lincoln, NE) for analysis. At harvest on Oct. 27, 2022, Sloan recorded grain yields and moisture from each individual strip. Reported yields are corrected to 15.5% moisture.

To evaluate the effect of clover termination strategy on corn, we calculated Tukey’s least significant difference (LSD) at the 95% confidence level. If the difference between any two of the treatments was greater than the LSD, we would expect such a difference to occur 95 times out of 100 under the same conditions – we refer to this as a statistically significant effect. On the other hand, if the resulting difference between any two treatments was less than the LSD, we would consider the results to be statistically similar. We could make these statistical calculations because Sloan’s experimental design involved replication of the treatments (Figure A1). 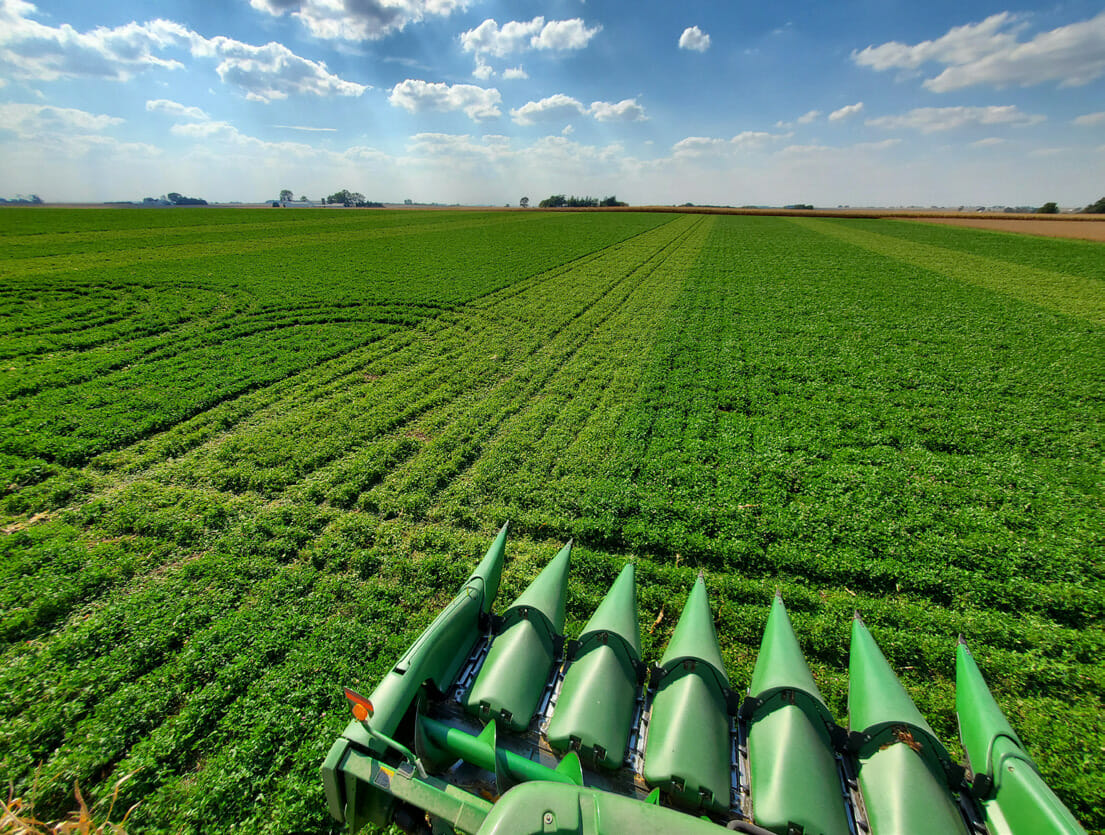 Corn yield was not affected by clover termination strategy (Figure 1). As with previous academic research in Ontario[7] and Iowa,[8] corn yield at Sloan’s was similar where clover was terminated in the fall or spring. In early July, Sloan noted that the corn in the Fall termination strips did appear greener and taller than those in the other treatment strips. This visual observation, though, did not correspond with the cornstalk nitrate or yield results. Across all treatments, the average yield was 176 bu/ac which is below the five-year average for Buchanan County (209 bu/ac) where Sloan farms.[9] 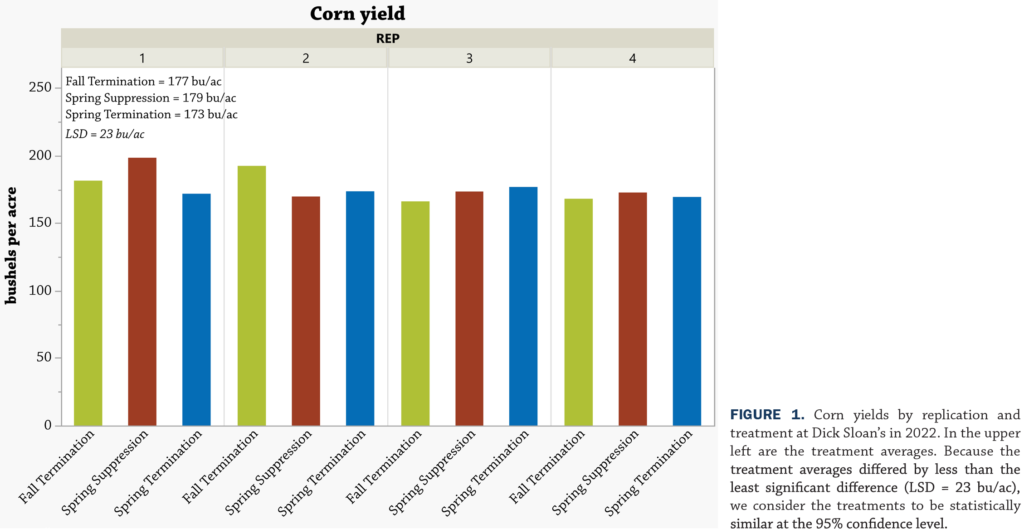 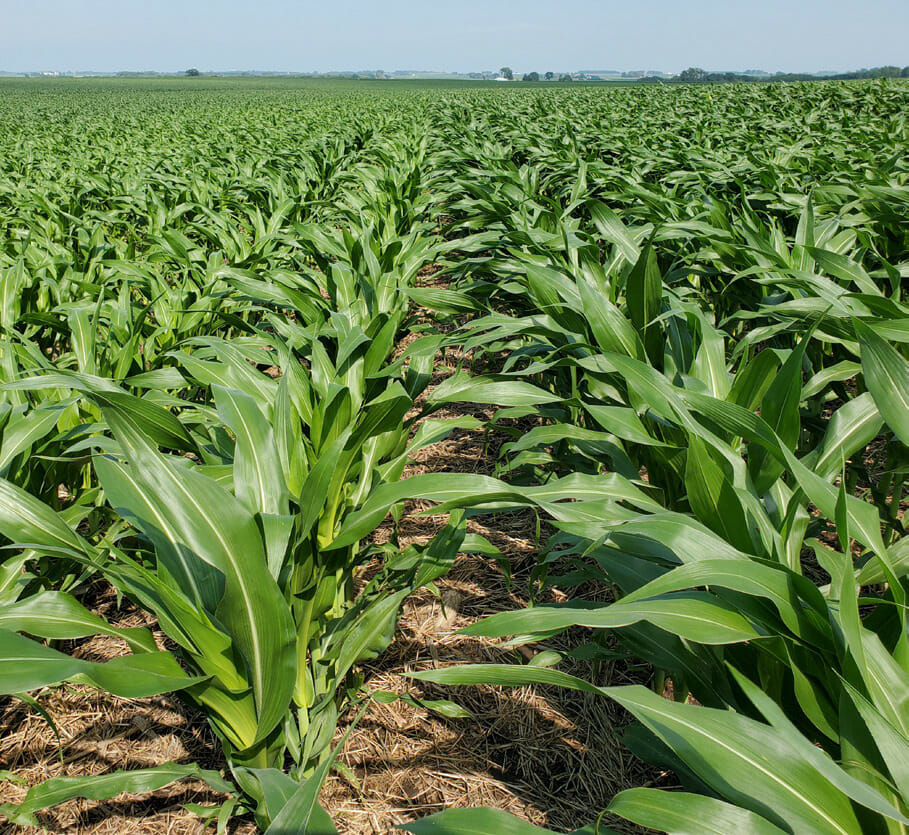 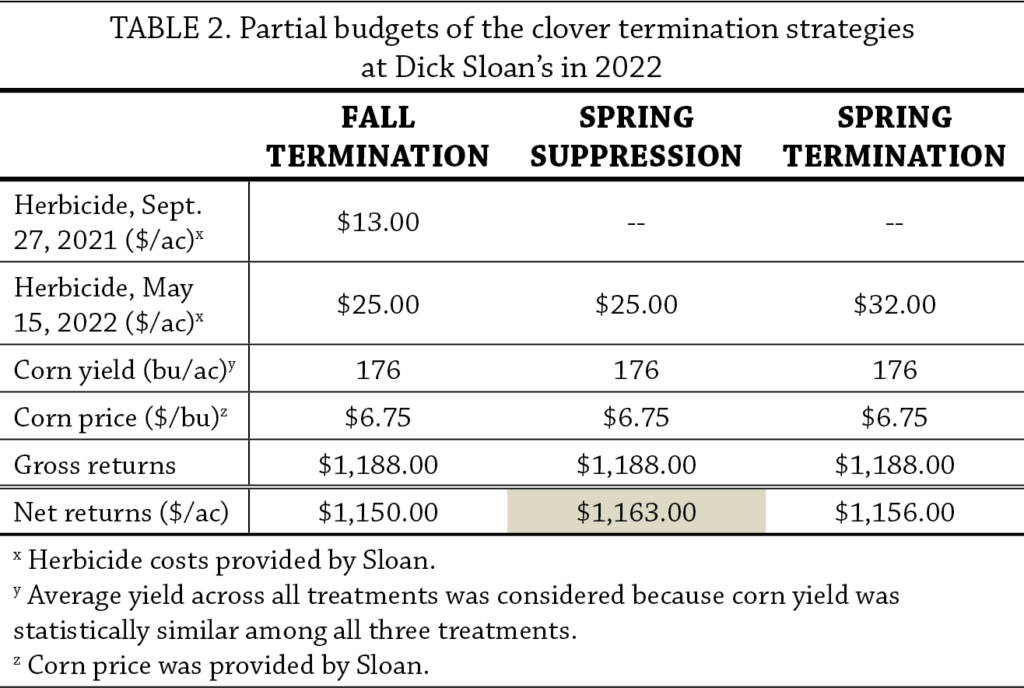 “Though the treatments didn’t show a yield difference at the end, I gained several insights to the differences between Fall and Spring termination of clover after rye,” Sloan said of his results. He was intrigued by the Fall termination treatment because of the greener corn plants he observed in July and, looking forward, the opportunity for earlier corn planting that fall clover termination affords. “I can get a jump on spring planting of corn after clover with fall termination,” Sloan added. “[Also], I think I have good opportunities to minimize the cost of fall termination” (Table 2). He also mentioned that fall termination of a clover cover crop is “best suited for a farmer that does all of their own spraying with GPS guidance, who doesn’t mind getting spray equipment back out in September or early October.” 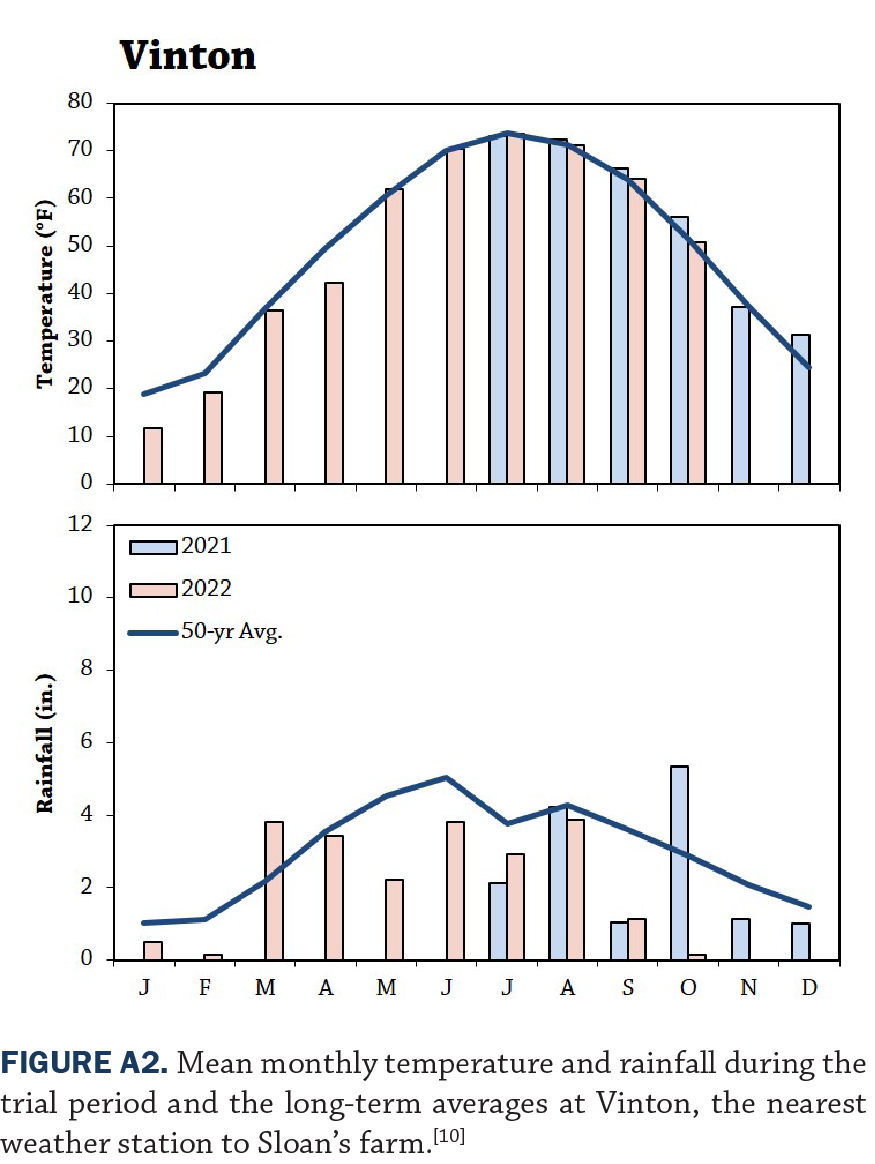