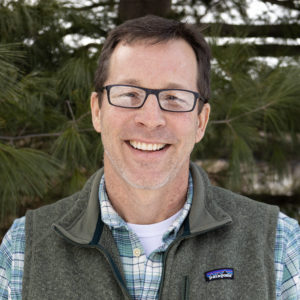 Brad has a fisheries and wildlife biology degree from Iowa State University. He worked in Lee County, Iowa, as a roadside management specialist before spending the last 31 years with the McHenry County Conservation District in northern Illinois. During his time there, Brad held several positions ranging from restoration ecologist to natural resources manager. He has conducted biological surveys on fish, birds, mammals, amphibians and reptiles and has done extensive work on white-tailed deer and their impacts on habitats.

Throughout his career, Brad has helped create and enhance a variety of habitats, from streams and wetlands to prairie and woodlands. Over the last 10 years, Brad has been deeply involved in evolving the district’s agriculture program from a focus on conventional to regenerative agriculture. Brad was successful at creating a lease to bring bison to a conservation area and developing the Joint Grassland Venture, which allows for late-season cutting of hayfields, a practice that benefits grasslands and grassland bird habitat.

Brad has served on the Illinois Prescribed Fire Council as a board member and president. He has conducted over 700 prescribed fires and given several professional presentations on prescribed burning. He also holds professional credentials as a prescribed burn manager and a certified wildlife biologist.

Brad enjoys all things outdoors, including hunting, fishing, birdwatching and working on the family farm near Greenfield, Iowa. Brad and his wife Kris also spend time kayaking, hiking and biking. They have three adult children who live in three different states, so getting their family together is always a priority and a challenge. Brad enjoys reading, spending time with friends and having lively discussions in his spare time.