Jason Tetrick - Practical Farmers of Iowa Skip to content
About 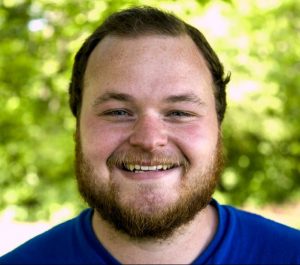 Jason Tetrick joined the PFI staff as an intern in January 2018 and was hired as the digital media coordinator in September 2018. In his role, he oversees PFI’s regular email newsletters, runs the PFI social media accounts, oversees digital advertising, edits video and manages the PFI website.

Jason is an Iowa native, growing up in Waukee, but has since moved to Durham, North Carolina. He graduated from Iowa State University with a major in public relations and a minor in environmental studies. Before working at PFI, Jason spent the summer of 2017 working for PFI member Ben Saunders, who runs Wabi Sabi Farm in Granger, Iowa.

In his free time, Jason likes to root for the state of Iowa’s collegiate sports teams, discover the food and drink of new cities, garden, cook and watch movies and TV shows.