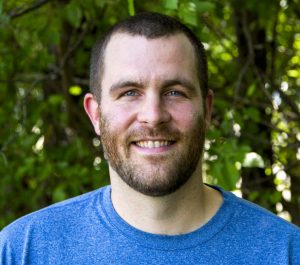 Nick Ohde joined Practical Farmers of Iowa in December 2014. As PFI’s marketing and communications director, he oversees all marketing and communications work for PFI, including strategy, brand, publications and our digital presence. He also leads PFI’s multimedia work, and was the producer and director of PFI’s award-winning film, “Livestock on the Land.” Before his current position, Nick worked in various parts of the organization, helping with research, planning field days and writing for PFI’s publications.

He grew up in rural southeast Iowa, outside of Wapello. He received a Bachelor of Arts from the University of Iowa in 2008, where he majored in Journalism and English, and a Master of Science from Iowa State University in 2011, where he majored in sustainable agriculture. His research interests focused on soil erosion, water quality and the use of conservation practices.

From 2012-2013, Nick worked for a non-profit organization in rural Ecuador, where he worked with farmers, interns and volunteers on rural community development projects. Before joining PFI, Nick worked as the kitchen manager at Cafe Beaudelaire in Ames.

Nick’s wife Emily is an assistant professor at ISU and they live in Ames with their golden retrievers Ginger and Rose. He spends his time hunting with his dogs, cooking the bounty of the hunt and his garden (and PFI farmers!), reading books and traveling around the country and world with Emily.