Map of My Kingdom

“Map of My Kingdom” is a play performance exploring issues surrounding farmland transition. All performances feature an open discussion with the audience afterwards.

Practical Farmers of Iowa commissioned the play, which was written by Iowa poet laureate Mary Swander. The play debuted in 2014 and has since traveled across the U.S., helping families to start conversations about their own farmland transfer situations and spreading awareness about the need to plan for a farm’s future. 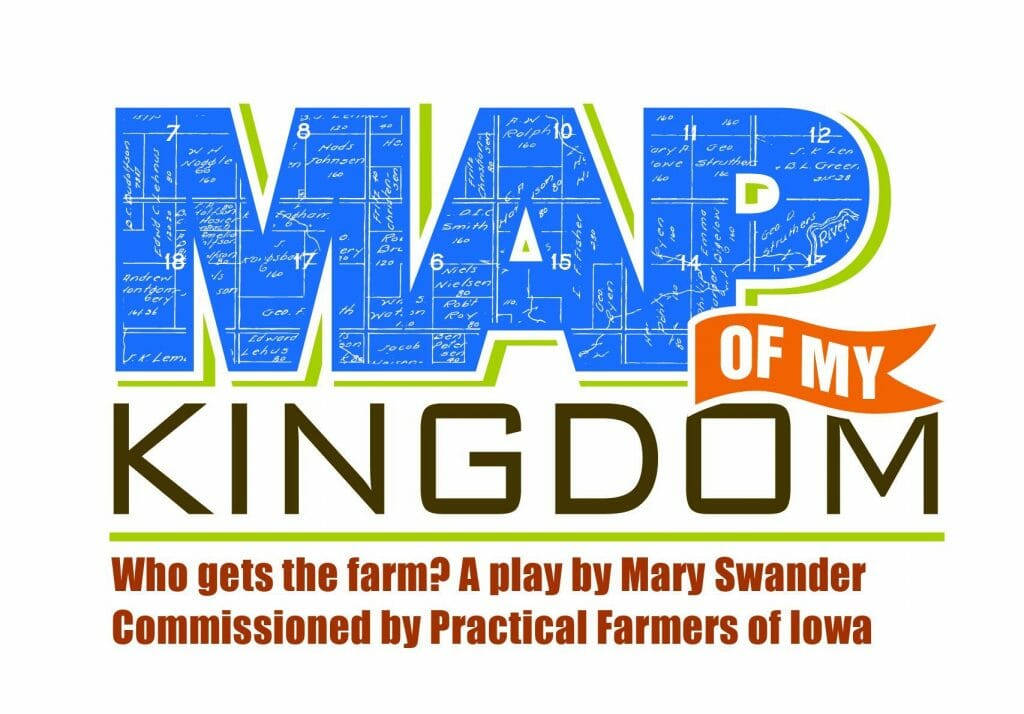 “’Map of My Kingdom’ is a good way of getting at the tremendous farmland transition that is about to take place in Iowa, as elderly landlords begin to pass on,” says Dan Wilson, a member of PFI’s Farm Transfer Committee who farms with his family near Paullina. “Many farmers will lose farmland during this transition – their source of livelihood – unless we tackle these issues.”

In the play, character Angela Martin, a lawyer and mediator in land transition disputes, shares stories of how farmers and landowners approach their land transitions. Some families struggle to resolve the sale or transfer of their land, dissolving relationships. Others find peacefully rational solutions that focus on keeping the land – and the family – together. The play runs just under one hour. It will be followed by a discussion with the audience.

Mary Swander is the poet laureate of Iowa. She has published over 13 books of poetry and non-fiction, in addition to plays, radio and television scripts and magazine articles. She has appeared in such places as The New York Times Magazine, National Public Radio, The New Yorker and Poetry Magazine.

Mary’s plays “Driving the Body Back,” “Vang” and “Farmscape” have toured the U.S., including a performance for former U.S. Secretary of Agriculture Tom Vilsack and his staff at the USDA. Mary lives and raises most of her own food on a small acreage in the Amish settlement near Kalona, Iowa. She has experienced three generations of land transition within her own family. Learn more at www.maryswander.com.